Suchitra, living in Nadia entered in a relationship at the age of 18 years with a person without the knowledge of her parents. Suchitra in love and passion oblige by giving him her gold ornaments and money. After a short time, he started threatening her and pressurized her to check in some papers. Later, it became apparent that Suchitra had actually signed on a wedding registration paper. The person now began to blackmail Suchitra regularly for money, saying he would tell her parents that they were ‘married’. After a short time, she had no option but to tell her parents about what had happened.

Suchitra and her parents lodged a case in the court. She and her parents were under immense pressure to settle the matter quietly and on any terms. However, Suchitra and her parents refused to succumb to pressure. They discuss with SUWS who in turn linked with a legal based NGO and the case was mentioned the State Legal Aid Services Authority.  After a series of discussions, it had been decided that the matter would be settled through a legal decree to be affected though the Lok Adalat (People’s Court). Finally, after a struggle of quite two years, Suchitra was ready to get a decree that nullified the ‘so called’ marriage.. Suchitra now has a superb job and is settled and happy.

CASE STUDY 6 : THE OTHER WAY CASE STUDY-4 : WHERE THERE IS A WILL, THERE IS WAY 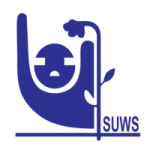